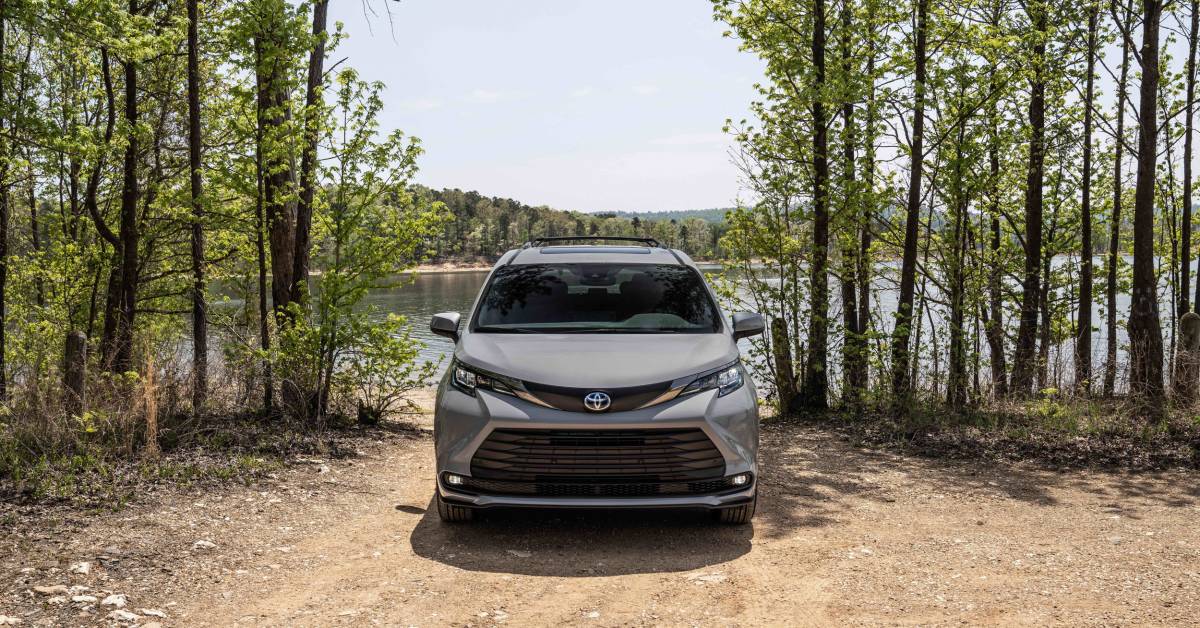 Elevated ground clearance, roof racks, on-demand all-wheel drive, and proceeds for the National Environmental Education Foundation combine to make the Toyota Sienna one of the more adventurous minivans out there.

Let’s face it: If you’re hauling a bunch of gear, traveling long miles, and potentially sleeping in your car, a minivan provides one of the best values for overland or camp adventures. Trouble is, minivans aren’t really known for their off-road prowess.

Plus, it gets an EPA-estimated 35 mpg (combined highway and city), has a tow hitch and 3,500-pound towing capacity, comes with roof rails and crossbars, and has a 1,500W-capable power outlet.

And to really sweeten the deal for adventurers, Toyota is donating some of the proceeds to charity. For each Woodland Special Edition sold, the automaker will give $250 to the National Environmental Education Foundation. Toyota guarantees a minimum donation of $250,000.

Here are the details.

The banner upgrade in the Woodland Special Edition is the hybrid powertrain with AWD. This does away with what Toyota calls the “heavy AWD transfer case and space-robbing driveshaft.” Instead, it uses a separate independent electric motor to power the rear wheels.

Off the line, this hybrid AWD system will send up to 80% of driving force to the rear wheels to prevent front-wheel slip. And the brand claims it also reduces understeer and enhances cornering agility.

While Toyota made this Sienna for adventure, it’s still a minivan. As such, you can expect all manner of safety features, including road sign recognition, cyclist and pedestrian detection, a pre-collision system, and more.

Reasonably priced used vehicles will get you to adventure and back. If you’re shopping for a used car or truck, these 13 under $10,000 are a good place to start. Read more…

Equal parts comfort and roughing it, these burly pull-behinds provide a place to lay your head at night and are meant to venture off the beaten path. Check out these trailers and teardrops under (or just a hair above) $10,000. Read more…