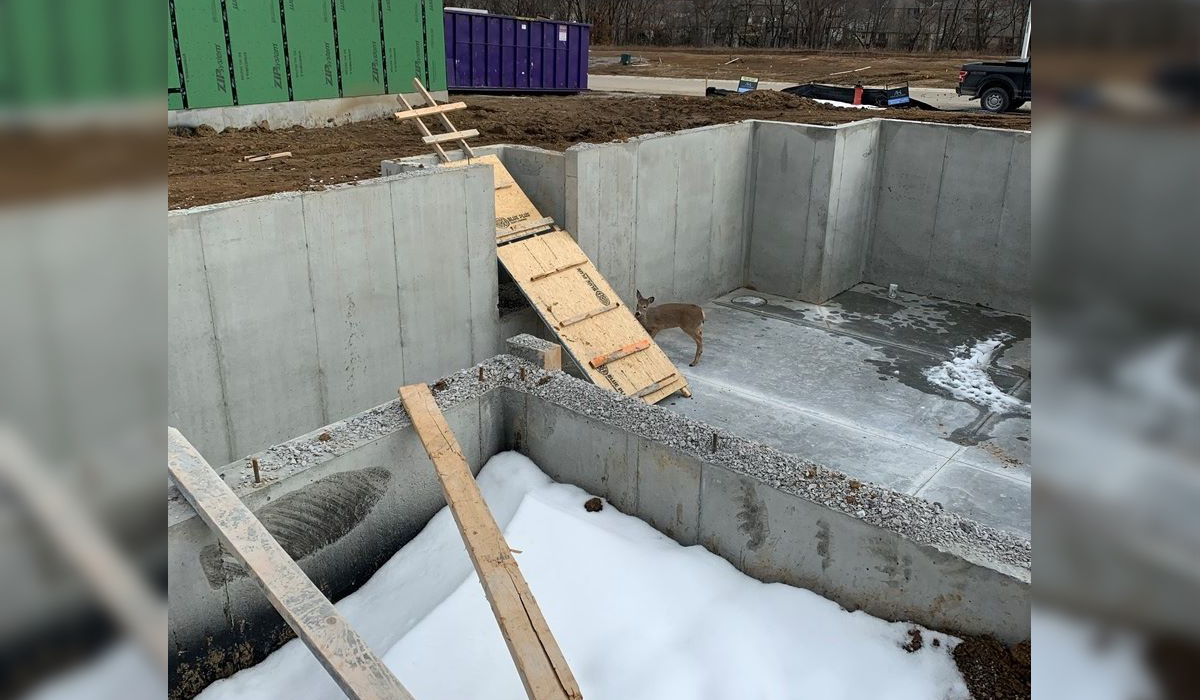 A deer in Kansas City, Missouri was found trapped in a newly-poured basement foundation with no way of getting out. Officials with the Missouri Department of Conservation responded to help rescue the deer, but it wanted absolutely nothing to do with the two conservation officers.

Cpl. Aaron Post and Cpl. Doug Yeager arrived on site when they heard a homeowner reported a deer stuck in a newly-poured basement foundation in his neighborhood. I know what you’re thinking – wet cement, scared and frantic deer, this must have been a nightmare! – but luckily the cement had already dried and it was just a matter of removing the deer from the basement.

So the two officers built a makeshift ramp using scrap lumber that was laying around the construction site hoping the deer would use it to climb out. Instead, the deer refused to utilize their handiwork, choosing instead to hide behind it, the Department’s Facebook post explains.

At this point, Post and Yeager knew they were going to have to come up with something else. So, they shifted their focus to the trusty lasso technique. With the deer scared and hiding behind the ramp, it actually allowed for the agents to easily slip the lasso around the deer and safely lift it out.

The deer was released unharmed.

It’s still not clear how the deer ended up in the basement in the first place, but one could argue it was trying to lockdown a spot to watch the Kansas City Chiefs make another run at the Super Bowl.