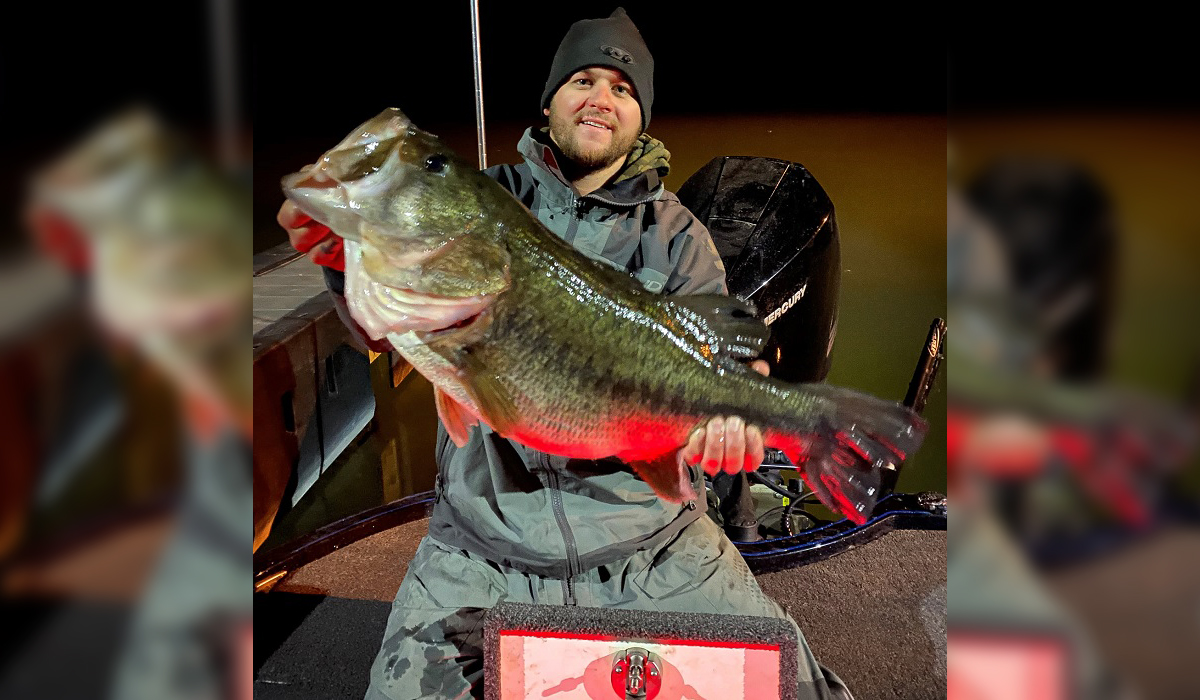 A bass fisherman in Texas recently landed an impressive largemouth bass that could potentially play a vital role in boosting fishing opportunities around the Lone Star State.

CJ Oates is the angler who hooked into the enormous fish, when he was fishing out on Lake Austin late last week. Oates said he was casting near some docks around nighttime when he first felt a slight “tick” on his line. With a bit of uncertainty, Oates lifted his rod, and was greeted with a violent head shake on the other end.

The fight lasted until well after dark, and was described as pure “madness” by the two anglers involved.

Oates said he and his fishing buddy, John Davilla, had fished all over Lake Austin without any luck prior to the giant bass strike at 9:30 p.m.

“For a moment I thought I was hung up and then I felt her head shake,” Oates recalled. “At that point things started to get really serious. During all this madness we didn’t have time to turn the headlamps on so we didn’t have much of a gauge of how big she was.

“She was so massive that I could barely reel to get her in,” Oates explained to For the Win Outdoors.” She was built like a mini school bus.”

This marks the second largemouth bass of this caliber to have been donated live to the Texas Parks and Wildlife Department in 2021, and continues a fast start to the agency’s seasonal Toyota ShareLunker Program.

There are multiple other divisions/categories involved, but only Legacy Class fish – those weighing 13 pounds or heavier – are selected for an exclusive breeding program that runs during the spawning period from January through March. The 13-pound toad Oates landed has been selected for the Wildlife Department’s program, and will hopefully breed future monsters for other anglers to catch.

The Wildlife Department congratulated Oates on his catch on Facebook and thanked him for his contribution.

According to the ShareLunker website, “Out of the millions of bass anglers in Texas, only a select few have ever crossed the 13-pound threshold.”

With that said, Oates’ catch comes less than a week after another angler, Travis Moore, landed a 13,44-pound largemouth during a tournament on Sam Rayburn Reservoir.

Here’s a picture of that bass – you may need to pick your jaw up off the floor after seeing this..

If your New Year’s resolution was to get out and fish more, I’d say you have a bright and promising year ahead of you (we could all use one of those, am I right?!) Now get out there and enjoy the water.