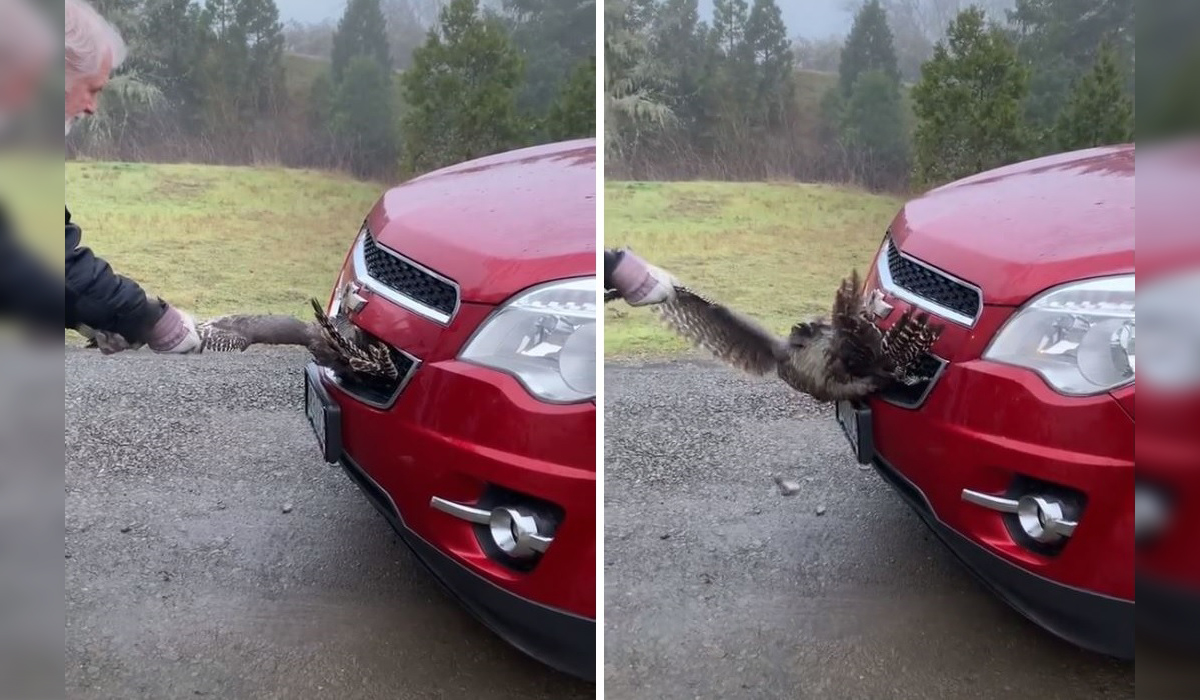 This TikTok video showing a man yank a turkey out from the bumper of his daughter’s car has gone viral, after leaving millions of viewers shocked and baffled by what happens when he finally gets the bird free.

“What happens when you hit a Turkey 😬 Gobble Gobble 🦃,” reads the caption of @fitmamamathias’ now-viral TikTok video – which has received more than 3 million “likes,” 89.7K comments and 348.3K shares on the social media platform. The video, filmed on her cell phone, shows her dad yanking repeatedly on the wing of a full grown wild turkey in a desperate attempt to free the bird from the front bumper of her car.

“I don’t believe how this guy is stuck that much!” Dad laments as he struggles to free the bird. He’s got a solid grip on one of the bird’s wings thanks to his trusty dad yard gloves, but the turkey is really jammed in there!

“Jesus that’s a big son of a b****!” he proclaims after nearly bending the bumper to get the bird out.

At this point, dad decides to go for it and starts pulling with a little more intention. Still unaware if the turkey was alive or not, he firms up his grip and gives it a couple more good tugs. He nearly ripped the front bumper off his daughter’s car, but the bird had finally been removed. But that’s not the end of the drama just yet!

Upon being yanked out from the car bumper, the turkey hits the ground in an explosion of feathers, and takes off running straight towards the camera – look out!

Watch the video below, and let us know in the comments if you have ever had something like this happen to you. Be sure to include the story of how you got it out!