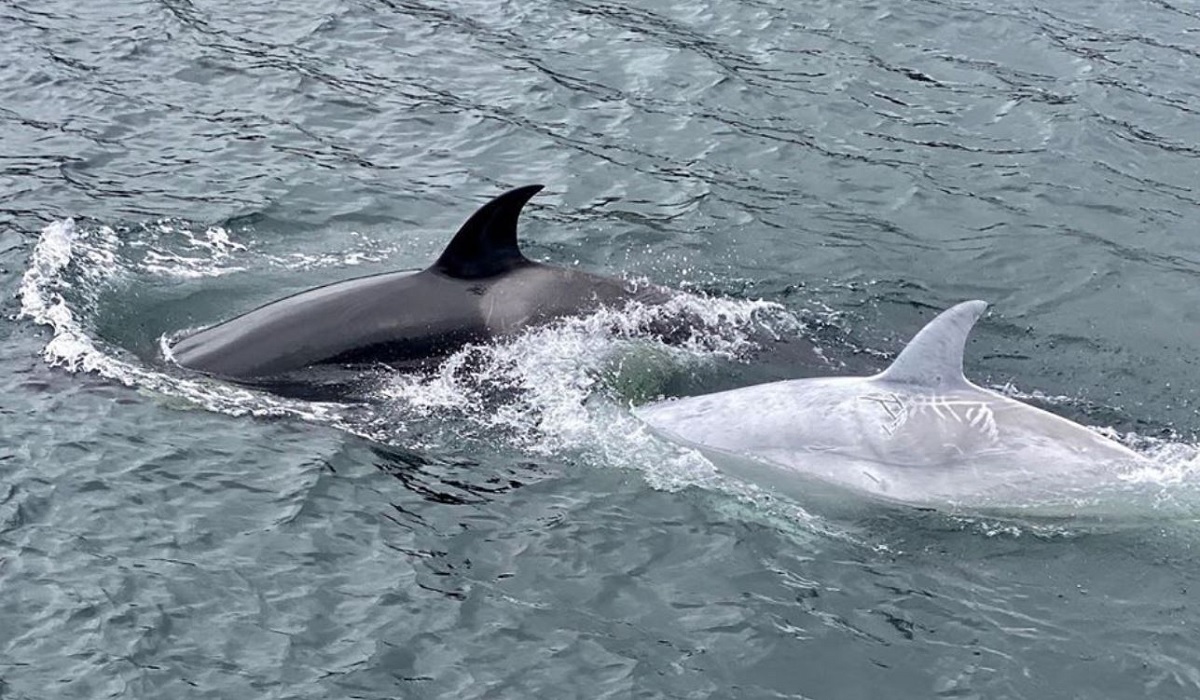 A white killer whale called Tl’uk was spotted off the coast of Alaska earlier this month, dazzling thousands online in an amazing video.

Researchers dubbed the ultra rare animal Tl’uk, the Coast Salish word for “moon,” which is obviously a nod to its lunar-like grayish-white color. According to KFSK, Dennis Rogers – owner of Alaska Sea Adventures – was on a charter trip on August 7th with eight other guests cruising along the shoreline of Kuiu and Kupreanof islands when they saw three orcas, including Tl’uk.

“It sure made spotting him easy. When they went down under water, usually they disappear and typically very hard to follow. But having a white one under the water you could see him an easy ten feet below the surface, this big white shape moving along there.”

Scientists call animals like this leucistic which is a different inherited condition than albinism.

“I don’t believe it’s an albino whale,” said Jared Towers, a killer whale researcher with Fisheries and Oceans Canada. “It’s not quite pure white and it doesn’t have the pink eyes that would indicate albinism. There’s a possibility that it has some kind of rare condition which includes partial albinism but I think it’s probably more so a lack of pigment which is much more common.”

Still, Towers calls this animal quite rare, with just two currently alive and just five or six documented in this whale population in the last 80 years or so. Others have been documented closer to Russia.

Video of the orca was captured by first mate Stéphanie Hayes, a marine biologist at the University of Alaska Fairbanks, and shared it on her Instagram page: